I'm trying to frontload as much of the job market work now, so when the applications start coming due in earnest, most of the heavy lifting is already done. To be honest, I've already sent off two applications (!), and there's a decent batch with a 10/15 deadline--so all of this isn't actually all that in advance.

I did revise my job documents pretty substantially this year, to reflect the changes in my teaching that a result of my Brittain Postdoctoral Fellowship, as well as my new position this year as the Assistant Director of the Writing and Communication Program. While I was making this big push for new materials, I bit the bullet and made myself a website to collect all of my job materials. Rather than relying on Academia.edu, which I've been using for several years now, I decided that I wanted my own dedicated web space that I could fully populate the way that I wanted it. Academia.edu has made changes to their website so that it looks more like Facebook. I wanted the content on my primary web presence to be more clearly organized.

Making the website has been quite a learning experience. Not the actual building--wix.com really is user friendly--but in writing introductory text, revising my teaching philosophy, and considering what to include, I had to do some thinking about how I wanted to frame all of the content. Just coming up with a couple of sentences to put on the landing page for my teaching section--it's quite a writing challenge to come up with two sentences with which to introduce my teaching!

I continue to tweak design, alignment, and other small things, and I need more visual elements on the pages, but in general, I'm pretty pleased with the website. I'm very curious to see how much traffic I get, and how useful it ends up being during this job season. 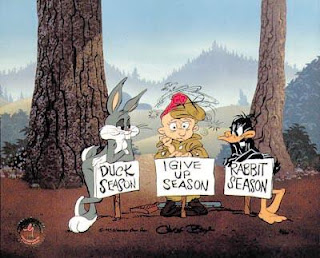 Posted by Bellatricksy at 1:56 PM No comments:

At this point in my teaching career, I have a number of dedicated days I really enjoy. Minor Threat Day, in my maker culture class--especially if I've got an 8am class at which to blast "Straight Edge." Or Play Day, another first year composition fun day.

Both of these days are rather recent additions to my teaching arsenal, added during this past year as a Brittain Fellow, as I've incorporated more multi-modality to my classes. However, there are some activities which I've pretty much consistently relied upon since I began teaching--and among these, Argument Fallacy Day is one of my favorites.

As I explained in the blog post about Play Day, I use Argument Fallacy Day at the beginning of the group project unit in my first year composition class. The major project in this unit is a group manifesto, in which students compose manifestos arguing for the application of maker culture principles to the classroom.* I use Argument Fallacy Day to introduce the students to working in their groups, with the low stakes of a classwork grade to give them practice in working with each other.

For one class period, students are assigned a reading about argument fallacies. In the past, I've relied upon textbook readings for this; this semester, I assigned this reading from the Purdue OWL site. We go over a basic set of fallacies, and then each group is assigned a fallacy. (I start by asking for volunteers--there are usually a couple of people or groups who have a strong preference, and then the others take what's left.) They spend the rest of the class period coming up with a 3-5 minute skit that demonstrates the fallacy.

The next class period they perform the skits. They're so much fun! Even the reluctant performers usually get into the spirit of the day--and the relaxed class period is a nice change of pace. Other than the time parameters, I don't give any other restrictions, other than the work should be appropriate for the classroom. I've had some wonderfully memorable skits--from a Charlie Sheen Twitter feed announcing his run for President, Miley Cyrus lecturing on the environment, and a slippery slope argument that legalized marijuana will lead to both the Zombie Apocalypse as well as Donald Trump winning the Presidency (both presented as equally terrifying).

My current teaching interest is on the role of play in the college classroom. Incorporating these fun, low-stakes assignments as part of larger projects encourages students to be more open to creative solutions in their work. By beginning a major group project with a fun assignment, my intention is to make group projects--loathed by many students and instructors alike--a less onerous prospect. Group projects and committee work is nearly unavoidable in almost any line of work, and it's important to me that students have positive group experiences. With Argument Fallacy Day, I try to not only teach about argument and logic, but also how to work well with others.

*I'll say more about this assignment in a future blog post.
Posted by Bellatricksy at 7:28 PM No comments:

In Defense of the Irritated Young Woman 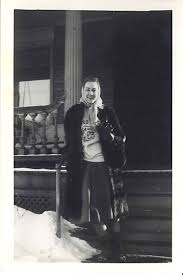 Posted by Bellatricksy at 3:22 PM No comments:

The realization which led to this new tagline is what finally made me dig in and get this blog unlocked (I was having all sorts of password issues). Watch for new blog posts about post-doc life, Flannery O'Connor, and my newly discovered pedagogy of cake.
Posted by Bellatricksy at 8:21 AM No comments: